12 Scenic Road Trips in the UK

While it may be easy to associate British roads with bumper to bumper traffic and reserve the rose tinted road trip for roads like Route 66 in the USA, there are some truly scenic routes in the UK. In the age of Satnavs we’ve become so accustomed to the quickest possible route, that we’ve forgot about the treasures that can be found on the ‘scenic’ route.

While discussing the merits of Britain’s ‘A’ roads may sound a little Alan Partridge, hear us out. Check out these 12 scenic roads in the UK – we’ve even found something to see or do on each one. 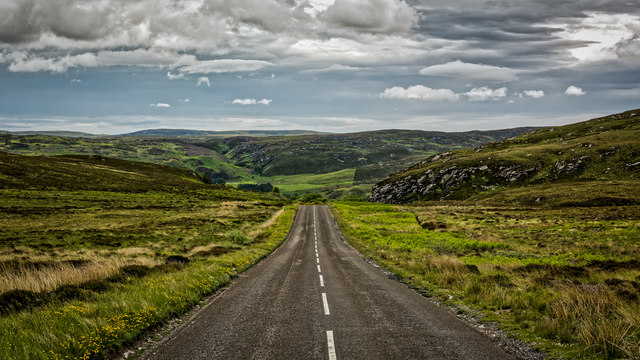 It’s been dubbed Scotland’s answer to the famed Route 66, but we think some of the scenery might actually be better. The 516 mile route foes around the North coast of Scotland, starting in Inverness. According to Visit Scotland there are 48 inspiring structures along the journey including castles, houses and more. That coupled with secluded beaches, Smoo Cave, mountainous views, and much more – it’s no wonder the North Coast 500 has been voted one of the world’s top coastal roads in a number of publications since it’s beginnings in 2015 and is a hugely popular campervan roadtrip. This area of the country is also one of the best places outside of Scandinavia to have a chance to see the Northern Lights.

Stop and Visit: Achmelvich Bay (White sandy beach popular with campers, watersports and walkers/climbers for access to nearby Suilven.) 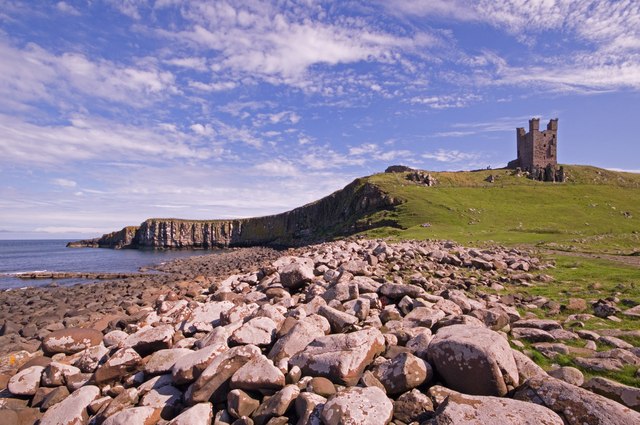 The route goes between Alnmouth and Lindisfarne. Clocking in at around 30 miles, it’s by no means a long journey, but taking in the stunning scenery of Northumberland is certainly worth the journey. The route takes in the B1339, B1340 and B1342 and A1, more route details can be found on the link below. 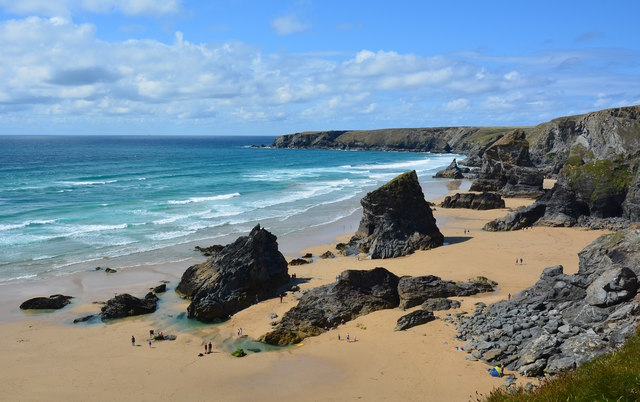 The A39, also known as the Atlantic Highway contains a stunning 77 mile journey from Barnstaple in Devon along picturesque coastline down to Newquay.  While the road doesn’t get you that close to the coast, there are plenty of views of the Atlantic along the way as you pass by Wadebridge, Bude, Bideford and Camelford. (There’s another fantastic stretch of the A39 between Lynmouth and Minehead along the coast of Exmoor National Park). 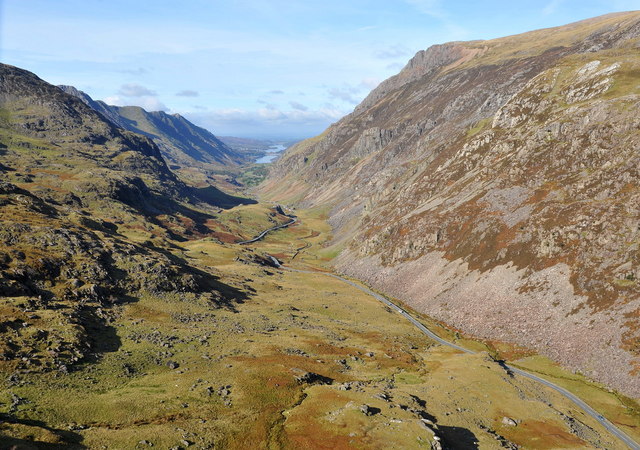 The LLanberis Pass is a breathtaking journey that carries the A4086 from the South-east to Llanberis. Along the way the road travels to Pen-Y-Pass directly between Glyderau and Snowdon mountain ranges. At Pen-Y-Pass you can find the Pyg and Miners tracks up Snowdon itself. This is a very popular area of the National Park and parking is incredibly limited, but there are park and ride facilities in many near by villages (so let somebody else do the driving). 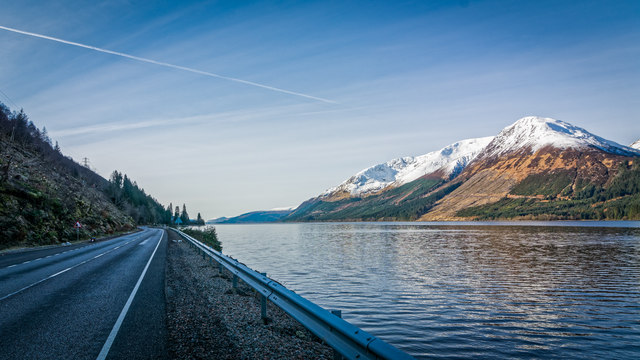 The A82 will actually take you from Glasgow to Inverness, but Loch to Loch sounds so much more romantic, doesn’t it? This A road runs like an artery through some truly scenic areas of Scotland and clocks in at around 140 miles. While it may seem like a long way, you’ll pass a veritable greatest hits of Scottish landmarks including, but not restricted to: Loch Lomond, Rannoch Moor, Glen Coe, Ben Nevis, Urquhart Castle and of course Loch Ness (There are a number of smaller Lochs along route as well). This route is the very definition of the scenic route, so take your time and take it all in as you cruise along Loch shorelines and across vast moorland.

Stop and Visit: The Commando Monument (A monument to a place where thousands of troops came to train for WWII.)

Find out More: A82 ‘Beauty and the Beast’ 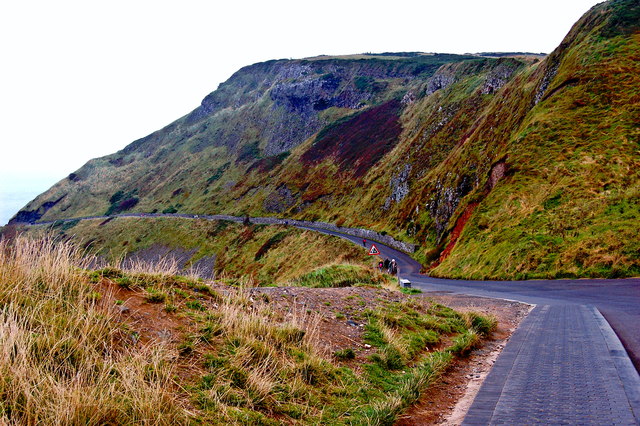 This 120 mile route links Belfast to Londonderry along the coastline of Northern Ireland and takes you past a whole host of attractions that are worthy of a visit. It’s recommended to take the route over a few days so that you can properly visit the places along the way, it’s said that the route is actually made up of 9 scenic drives, so there are shorter sections for you to try. Some of the attractions along the way include: Carrickfergus Castle, The Gobbins, Slemish, The Glens of Antrim, Torr Head, The Dark Hedges (of Game of Thrones fame), Carrick-a-Rede Rope Bridge, Whitepark Way, Giant’s Causeway, Dunluce Castle and the Old Bushmills Distillery to name just a few. 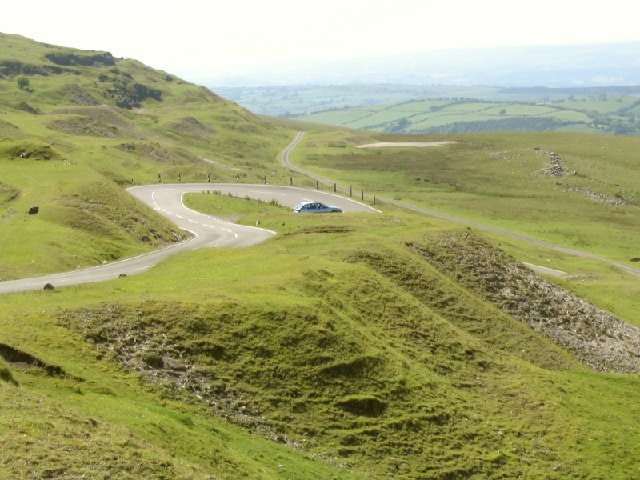 A route clocking in just over 20 miles across the Black Mountain range in Brecon Beacons National Park running from Gwaun-cae-Gurwen to Llandovery. While the views of the Tywi valley and the mountains are something to behold, this road is considered a real ‘drivers’ road and is often referred to as ‘The Top Gear’ road after Jeremy Clarkson took the road on one episode. It can get busy with cars, bikers and even the odd car magazine journalist – but don’t go speeding around this road. Slow down, take it all in and enjoy some stunning Welsh scenery. 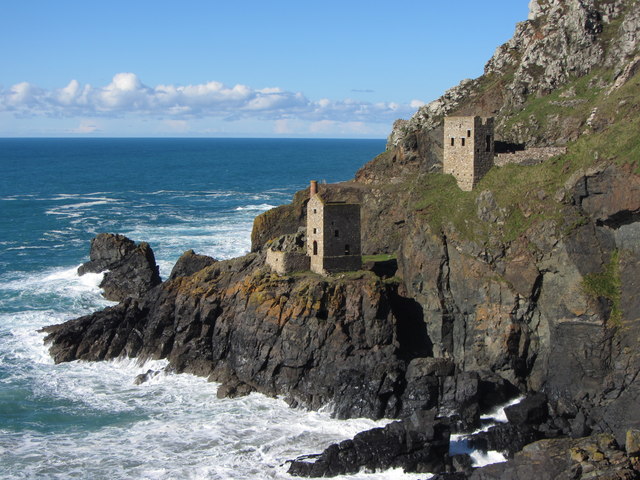 A road that links the beauty of St Ives to St Just simply has to be worth a drive right? The West Cornwall Coast Road (B3306) is just over 10 miles and features some tremendous coastal views. This route is often mentioned as one of the best scenic drives in Cornwall, and if you’re not stopping to take in some of the views, then you’ll be focused on the road as it challenges you through a number of tight turns. Along the route it’s worth stopping to see some of the Cornish mining museums and locations on the coast that make up the Cornwall Mining World Heritage site. 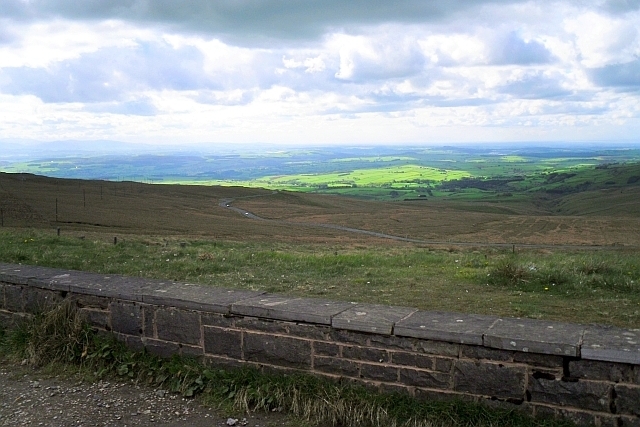 A 45 mile stretch through Cumbria and Northumberland, the A686 was once classified by the AA as one of the top ten great drives. Take in dramatic views of the North Pennine landscape taking in moorland and woodland, plus sprawling views for miles around at it’s highest point. This trip across the so-called ‘roof of England’ isn’t just a drive for enthusiasts, but offers some wonderful places to turn off and stop along the way including Alston,  the ‘highest market town in England’. Take a stop at the top of the Hartside Pass, some 1904ft up and on a clear day take in the stunning views of Scotland over the Solway Firth.

Find out More: Penrith to Corbridge 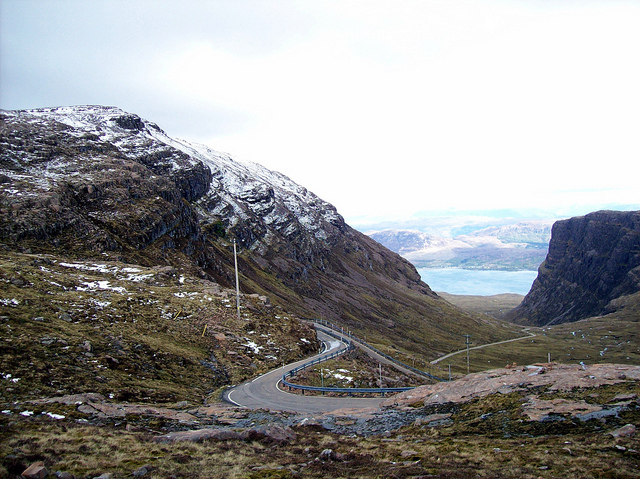 The Bealach na Bà or ‘Pass of the Cattle’ as it’s known in English is a single track road through the Applecross Peninsula Mountains in the Scottish Highlands, and the scenery is simply jaw dropping. The road itself is part of the North Coast 500 mentioned further up and winds back on itself with hairpin bends akin to Swiss roads while offering some of the steepest climbs in the UK. If corners aren’t your thing, then the vast views over Wester Ross, Skye and the Islands of Rum and the Outer Hebrides which make for some stunning photos. This route is not recommended for inexperienced drivers or Motorhomes. 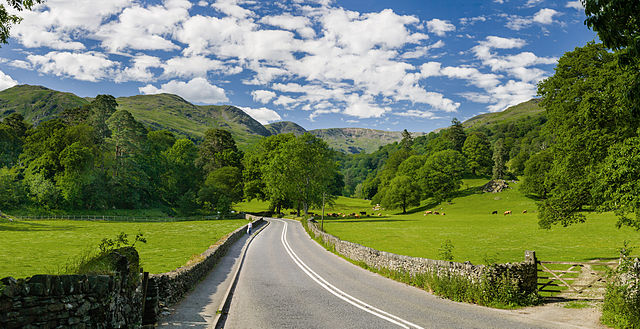 The A591 road is a great way to travel around the Lake District, taking in the likes of Windermere, Rydal Water, Grasmere and Thirlmere and each village or lake is worth a stop off in it’s own right. The road has often been considered a real favourite of English roads for the scenery it passes, but don’t listen to me, it’s been mathematically proven apparently!

Find out More: Keswick to Kendal on A591 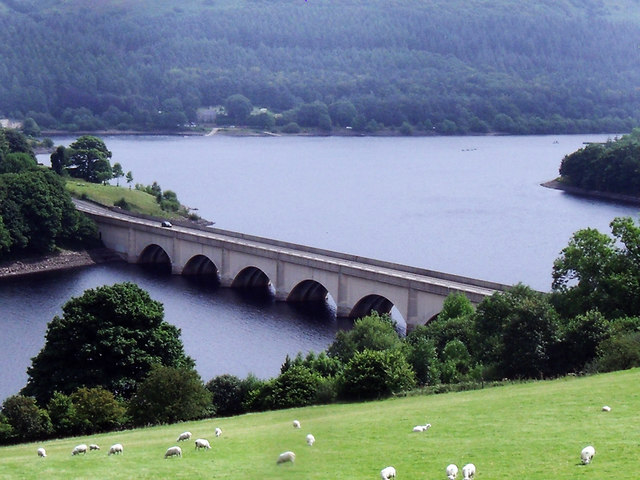 The Snake Pass carries the A57 between Sheffield and Manchester while cutting through the Pennines in the Peak District and offering up tremendous views of the Derwent Valley reservoirs. While the road links two large cities, there are plenty of places between to absorb some of the Peak District. Nearby Hope Valley offers a number of villages and walks, but it’s worth making a stop at the Derwent Reservoir for the views and the history of the Dambusters. This road is often closed during bad weather in winter, so caution is advised.

Find out More: The Snake Pass

So there we have it, 12 fantastic scenic routes in the UK. We advise taking extreme caution on any of these roads while driving, and also as with any scenic/rural route, you’re likely to pass hikers and cyclists.  Always, check traffic warnings ahead of a trip, as some of these routes are not advised through winter months.

Got a scenic road that we’ve missed? Let us know in the comments below.