15 Lakes, Lochs & Reservoirs to Visit in the UK

Take in the beauty of these lakes, lochs and reservoirs in the UK 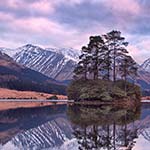 When the sun comes out, there’s something inside of us that wants to head for the water. If a day on the beach isn’t your thing, then some time in the tranquillity of some of the stunning bodies of water around the UK might be just the ticket. Here we list 15 for you to try, and an walking route for you to try that takes them in. 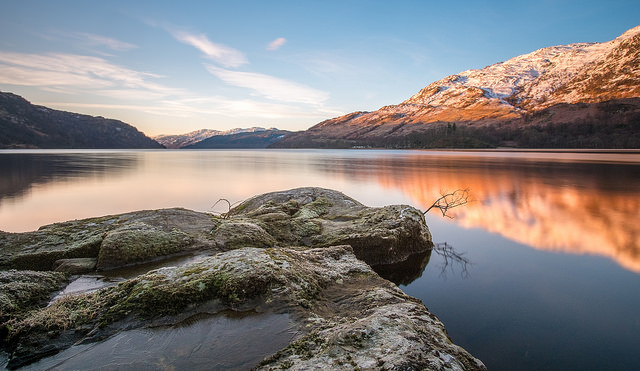 Arguably the most famous Loch that doesn’t feature a monster. Loch Lomond is 14 miles long and not far from Glasgow, and is the largest mainland body of water (in surface area) in Britain. The loch is one of Scotland’s most popular boating and watersport venues including pursuits such as kayaks, canoes, windsurfers, jet skis, speedboats. The real draw of Loch Lomond though is the beauty of the area and is well worth a visit. 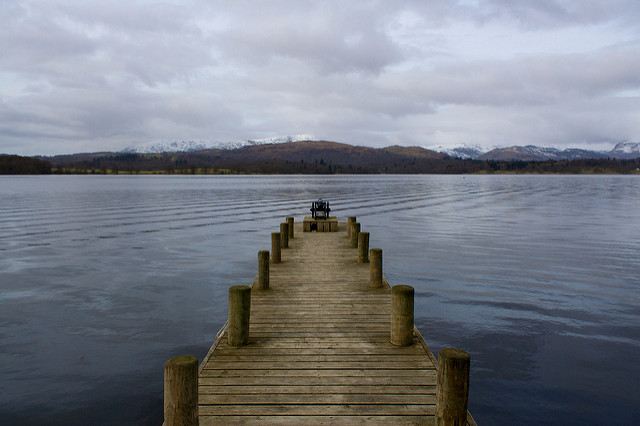 The biggest of the lakes in the Lake District, Windermere is just over 10 miles in length, making it England’s biggest natural lake. It’s no surprise that Windermere proves very popular with tourists for holidays in the beautiful surroundings. Around Windermere you’ll find plenty of watersport and activity providers, as well as guided walks in the area as well. All of the west shoreline of Windermere is owned by the National Trust.

Walking routes to try: Walks in the Windermere area of the Lake District 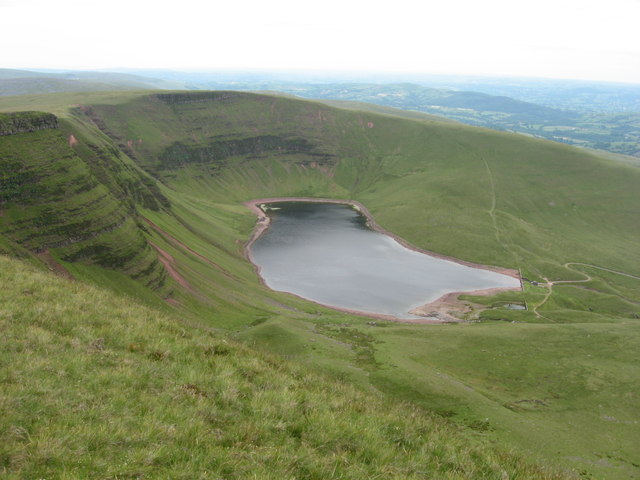 Situated on the Black Mountain in Brecon Beacons National Park, Llyn Y Fan Fach isn’t a lake for watersports, it’s a lake to find and immerse yourself in the legend that surrounds it. The legend is known as ‘The Lady of the Lake’ which tells the story of a local man attempted to woo a woman he found sitting beside the lake, after his attempts she agreed to marry him under the condition that he must treat her well. If he was to hit her three times, she would have to return to the lake. The man agreed and took the girl to nearby village of Myffai where they lived as husband and wife.

At the Christening of their first child, the man was overjoyed but the girl from the lake cried as she believed the child would be harmed by the sun. The man gave his wife a ‘tap’ to bring her to her senses. At a funeral the girl cried as she believed the bridegroom would die soon, again her husband gave her a knock to make her see sense. The bridegroom did indeed die, and at the funeral the girl laughed as she was happy for him that his suffering was over. Embarrassed, the man gave his wife a tap once more to make her see sense. She’d been hit 3 times and instantly went back to the lake leaving her husband heartbroken. The man was left to raise their 3 sons alone.

As the sons grew older, it became clear they had inherited some of their mothers magical abilities, and rather than use this for bad, or to become warriors, they became the first in a long line of powerful healers. The trio used natural products to create early versions of medicine and became known as the Physicians of Myddfai. 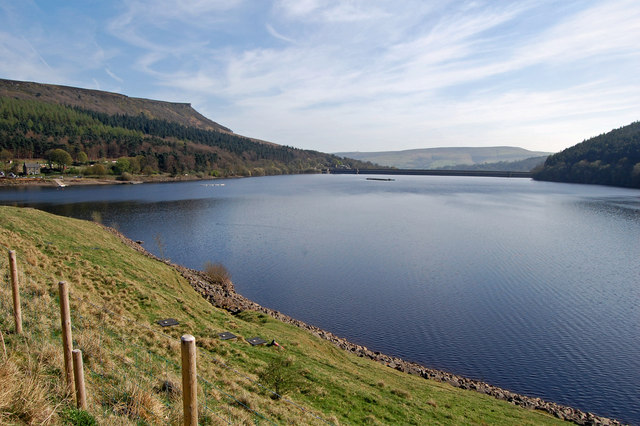 3 reservoirs make up a popular area of water near Sheffield, including Howden Reservoir, Derwent Reservoir and Ladybower Reservoir. These reservoirs make up practically all of Derbyshires water and cover some of South Yorkshire too. On your walks around these reservoirs you can see the neo-gothic Derwent Dam as well as learn of the history of the Dam Busters. During the second world war, pilots of the 617 squadron used the area to practice low level flights needed for ‘Operation Chastise’ due to it’s resemblance to German dams. 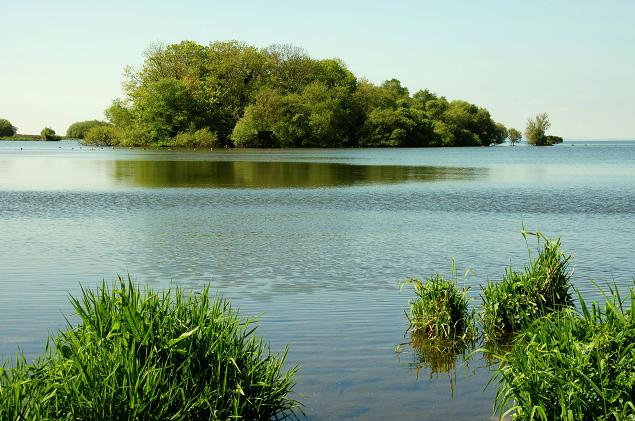 One legend has it that famous Irish folklore giant Finn McCool (famously associated with Giants Causeway) scooped up a large chunk of land to throw at a Scottish rival, the chunk of land landed in the Irish Sea forming the Isle of Mann, while the crater left behind formed Lough Neagh.

Route to try: Loughshore Trail (At 113 miles you can choose to walk sections, or cycle sections) 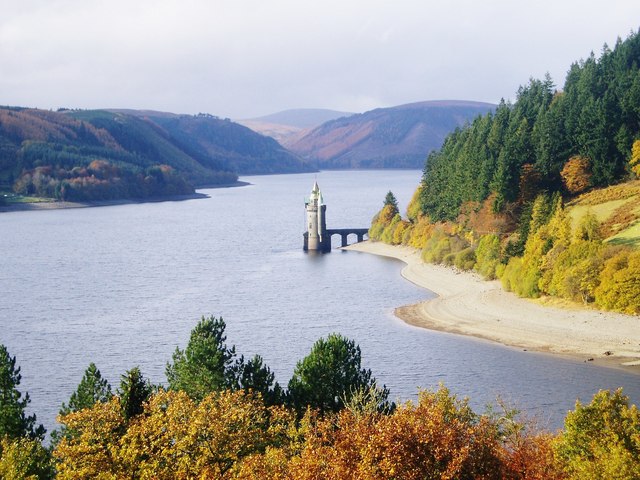 Set amidst the Berwyn mountains, Lake Vyrnwy is a Victoria reservoir. A short drive from the Shropshire border, and set in an RSPB reserve, Lake Vyrnwy is ideal for bird watchers, who can find a number of hides around the lake.

Boating, cycling, horse riding, fishing, shooting, craft shops and more can be found in the area, with a number of walking trails for you to try out, including a sculpture trail through the sculpture park near the imposing dam at one of the lake. 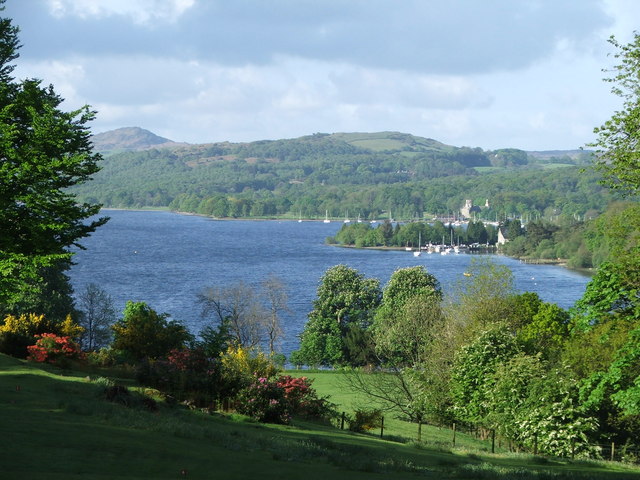 Only the 3rd largest of the Lake District Lakes, but Coniston offers a much more peaceful visit than it’s bigger brother Windermere. Famed for the repeated water-speed record attempts of Donald Campbell, Coniston these days sees boating activities and a more relaxed trip on a Victorian steam yacht as more frequent ways to get around.

The area attracts walkers and holiday makers, with the ‘Old Man of Coniston’ mountain looming over the lake offering a fantastic vantage point of the area. 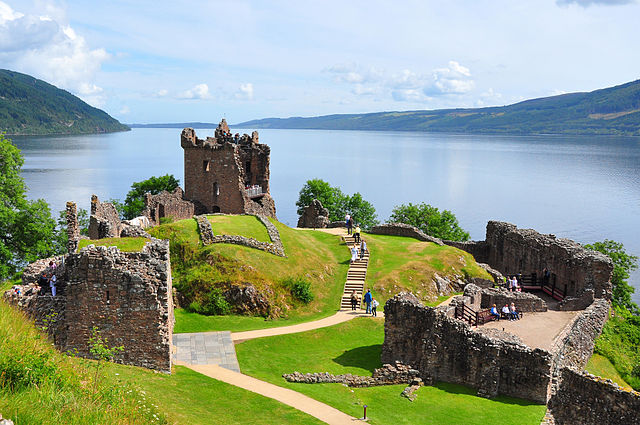 We couldn’t really create this list without the world famous Loch Ness. If the pursuit of the ‘mythical’ Loch Ness monster wasn’t enough to entice you to the Highlands of Scotland, then let the picturesque landscapes surrounding the Loch draw you in. Loch Ness is 23 miles long and offers everything you’d expect from a Loch of its size (boat trips, watersports and fantastic walks around the perimeter), what you’ll also find on the banks of Loch Ness is Urquhart Castle watching over the sometimes misty waters. The history of the area offers up a number of exhibitions and tours to satisfy any day trip.

Did you know? Loch Ness holds more fresh water than all of the lakes in England and Wales combined. 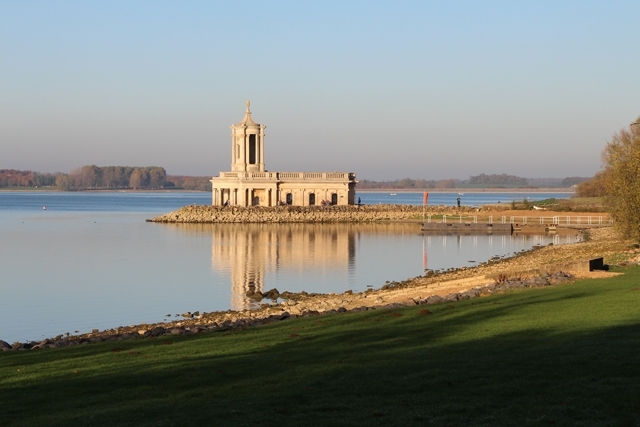 A drinking water reservoir which by surface area is the largest in England, and is one of the largest man-made lakes in Europe. The wetland and areas of woodland at Rutland water form a nature reserve, making it a great spot for bird watching and looking for wildlife. Walkers and cyclists enjoy a 25 mile perimeter track, and watersports enthusiasts can take up a variety of activities on the reservoir itsself.

If you’re looking for a lazy day, hop aboard the Rutland Belle which takes visitors on trips around the lake. 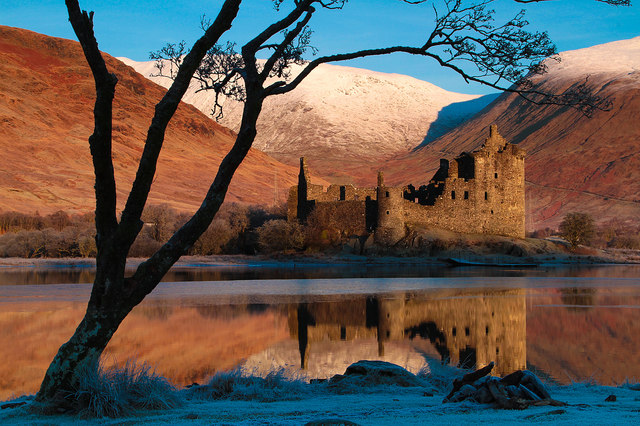 A perfect name, for a simply stunning picturesque loch in the Scottish Highlands. Famed for it’s trout fishing, it’s a popular destination for anglers. The loch also has a number of ruins and castles with one of the most photographed castles in Scotland at the north end (Kilchurn Castle). For fans of walking, within a less than 30 minute drive of here are 3 Munros and 3 Corbetts including Ben Lui, the Queen of the Scottish Hills. 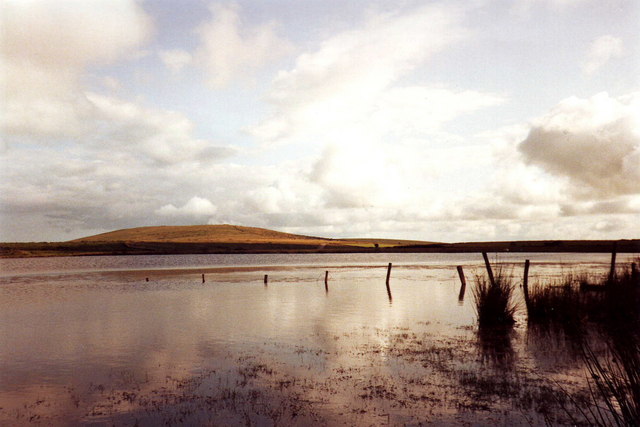 A pool located on Bodmin Moor with a story to tell. It’s said that Dozmary Pool was one of the possible locations of the ‘Lady of the Lake’ from Arthurian legend, with King Arthur himself rowing out to retrieve Excalibur from the lady of the lake. If that line of story is to be believed, then it is also the place where Bedivere returned Excalibur as Arthur lay dying, to return the sword where it came from.

As you can imagine with Bodmin Moor, there are plenty of legends to discover in the area, and this small lake at the very least is a pretty spot on an atmospheric walk on the moor. 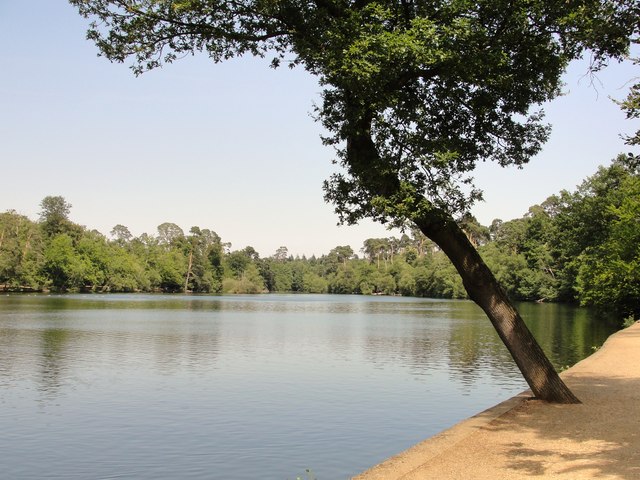 While it might not spring to mind when thinking of great lakes in Britain, the Lake in Black Park is not only a pretty location – it’s also a location you will have seen numerous times before and just not realised. Near to Black Park you’ll find Pinewood Studios, which means that this Lake is a bit of a celebrity.

You’ll have seen the lake in Black Park in: Midsmmer Murders, Poirot, 6 different Carry on Films, Casino Royale, Goldfinger, The Dark Knight, Dr Who, Charlie and the Chocolate Factory, Robin Hood, Black Beauty and all of the Harry Potter films to name just a few.

The park is popular with walkers, cyclists and the lake can be used for fishing during certain times of the year. 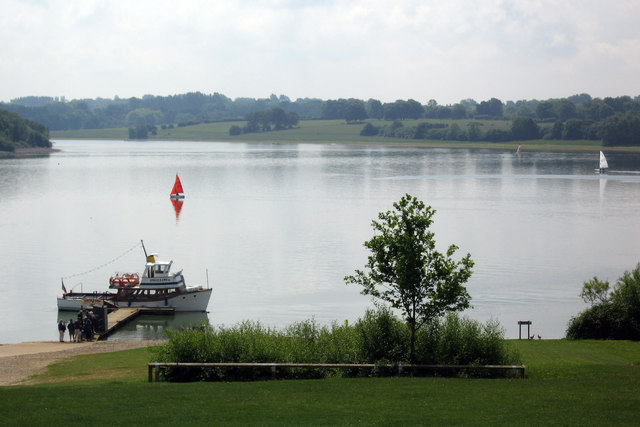 The largest section of open water in the South East and an Area of Outstanding Natural Beauty, Bewl Water has a lot to offer for a great family day out. Fishing, cycling, watersports and well laid walks are all on the agenda in the area, with a water taxi to explore the reservoir too. 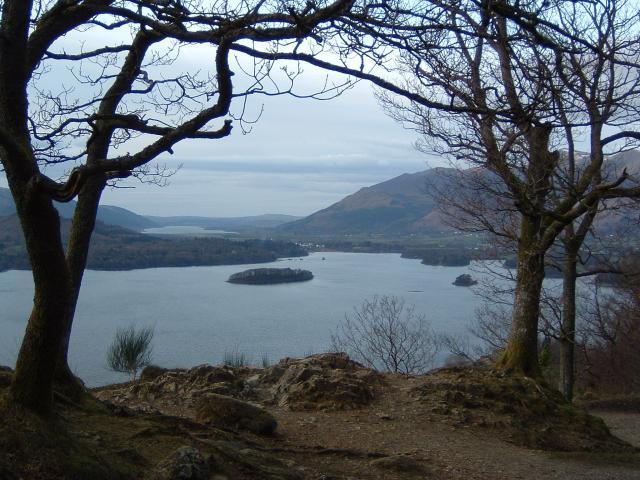 Said to have been Beatrix Potter‘s favourite lake in the Lake District, Derwentwater lays just south of Keswick in the National Park. To the west of the Lake you’ll find the popular fells of Cat Bells which is a real favoured walk in the Lake District. Alternatively you can take the 8 mile walk around the lake itself.

The still waters offer up peaceful yachting and canoeing where you’ll find a number of small islands scattered around the lake.

For the movie buffs out there, Derwentwater was also heavily featured in the Star Wars the Force Awakens’ film, you can check out the locations used watching this video. 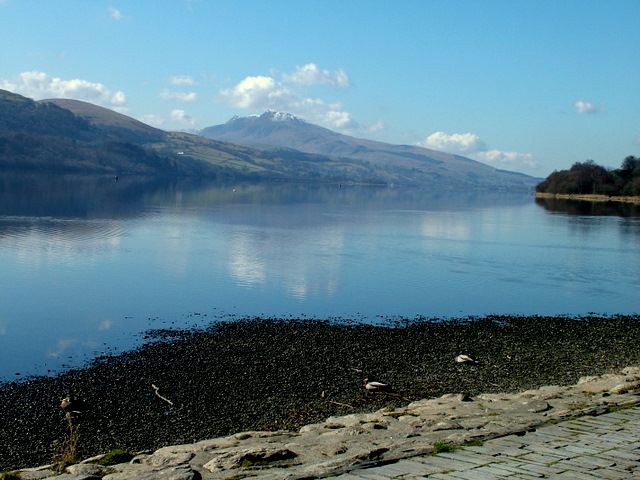 Also known as Llyn Tegid, there is so much to take in and discover in this area of Snowdonia. The largest natural lake in Wales, it’s no surprise that Bala offers up a wealth of watersport opportunities. For those who like to stay dry, there are plenty of walks to hand, with a renowned small steam railway that goes along the lake as well.

If you’re a fan of local legend, the lake is said to be home to a monster known as ‘Teggie’ and it’s said that on a moonlit night you can see a small lit village under the water.

Route to try: A selection of Bala walking routes

So there we have it, 15 of our lakes, lochs and reservoirs of choice. Did we miss your favourite? Where would you recommend? Let us know in the comments below.