We’d seen the bikes in the office and had been itching to get our hands on them for weeks. It was finally time for a test ride.

The Calibre bikes were designed to be ideal for UK trail riding, so where better as a testing ground than our local trail in Sheffield, Parkwood Springs.

“Springs” should offer a challenging terrain to put the bikes through their paces, starting with a long descent over rock gardens and drops, to a gradual climb through forest switch backs to finish off the loop. 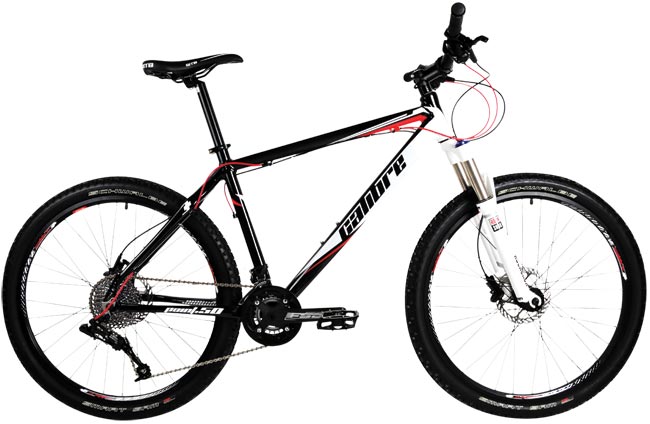 Because we were naturally drawn to the higher spec bike with longer travel front suspension, the Point.50 was first to hit the track.

As soon as you take position on the Point.50 it instantly feels like it’s up to the job in hand. Definitely what you’d be looking for when spending around 600 pounds on a mountain bike.

Apart from its killer looks, the first things to grab my attention were the wider handle bars, which offer greater control and more stability when riding. Then just looking around the bike and seeing the FSA double chainring cranks with bashguard, a nice level of componentry, and a 120mm travel Rock Shox front suspension fork, the confidence starts to build. This bike should be more than capable!

A few turns in and you start to get a feel for how the Point.50 handles. Weighing in at 13.4kg it’s fairly light for an aluminium hardtail at this price and was easy to throw around on the trail. The slacker geometry of the Point.50 definitely makes for a more forgiving descent and the 120mm fork performed well and is a nice fit for this style of riding. The bike held well when hitting the rock gardens and was easy to throw in and out of turns.

Smooth gear changes made it quick and easy to change gradient and the stopping power offered from the Avid Elixir 1 hydraulic brakes was more than expected, although an upgrade here could be welcomed depending on the rider’s preference.

The pedals were sufficient for the job but could definitely benefit from an upgrade down the line, whilst the Schwalbe Smart Sam tyres were great all-rounders, but could be pushed to their limit depending on the style of riding you choose.

When it came to climbing, the Point.50’s carefully thought out geometry allows it to do so with ease and the lockout on the fork means you can easily maximise your efforts.

There’s a lot of fun to be had with the Point.50 and for an all-round well equipped mountain bike it is a definite contender within the market at the 600 pound mark. For anyone looking to enter the sport, or opting for a nice upgrade, the Point.50 is definitely the way to look if your budget will stretch to it. 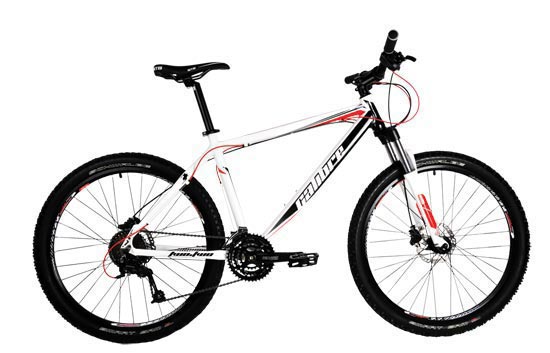 Next up is the Two.Two! Having just ridden the higher end, more expensive bike, I was intrigued to see how this one would compare.

When looking for a mountain bike around the 350 pound mark, you can often struggle to get exactly what you want, there often has to be a compromise.

My first impression of the Two.Two was that, for 350 pounds it looked great! I wondered if they had got the price wrong.

Once I sat on the bike, again the wider bars made all the difference and improved the overall feel of the bike. What was great to see on a bike at this price, was the hydraulic disc brakes! V-brakes and mechanical disc brakes have both had their moments, but in today’s biking world hydraulics are the way to go, so they’re a big tick on the list for a 350 pound mountain bike.

A few laps of the track and the Two.Two is starting to find its comfort zone. The 100mm front suspension fork allows the ride to be forgiving and descend fairly well, but you do start to feel it a little through the rougher sections as expected with a shorter travel fork. What it lacks on the descent it makes up for when you start to climb. The smaller travel fork gives the Two.Two a better geometry for climbing and was nicely balanced for attacking the hills. Don’t forget the lockout again here, a definite bonus on any suspension fork.

You’re spending less money, so inevitably the quality of the componentry is going to go down a little, but the Two.Two is still nicely equipped with a Shimano Deore gearing system, Shimano hydraulic brakes and a triple chain ring from Truvativ, again a nice surprise on a 350 pound mountain bike.

The gearing system ran well and gave the performance you’d expect at this level, and the triple chainring cranks gave a huge range of gears – not really needed for the trail riding on this particular test, but they’d definitely come into their own when you venture further afield.

Again a pedal upgrade would be nice but is not a necessity at this level, and the Schwalbe Smart Sam tyres are good all-rounders for starting out.

The Two.Two definitely opens up the world of mountain biking to more people and certainly packs in the most it can for the money. A great starting point and a bike that could be easily upgraded to adapt as you do.

Take a look at the snaps below to see the bikes in action at Parkwood Springs! 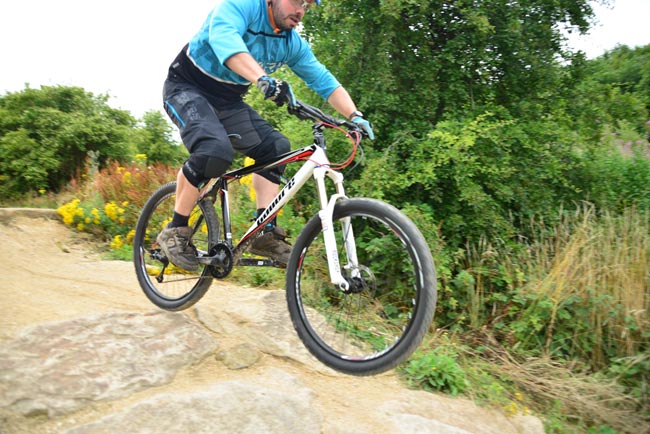 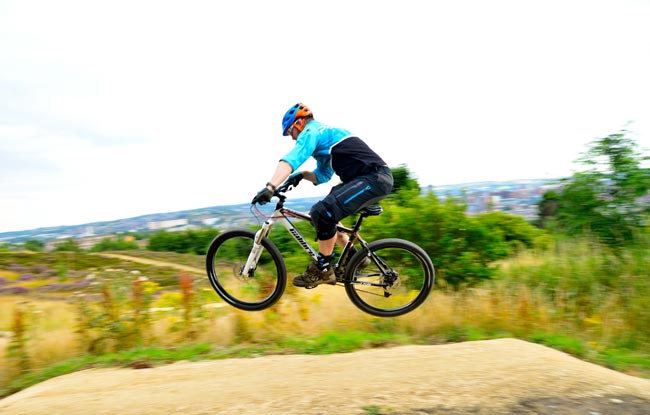 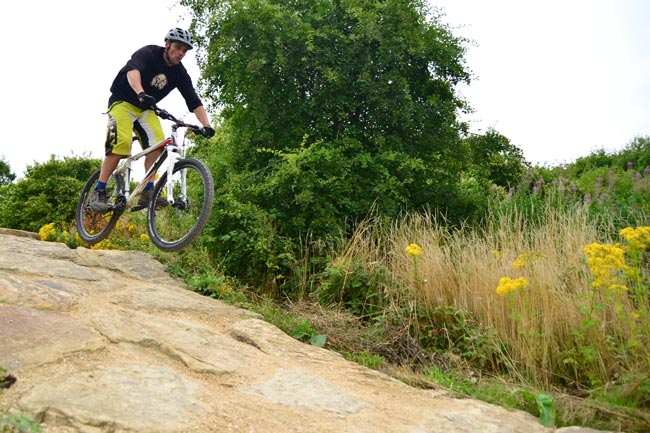