Spotlighting areas of the UK each Tuesday

In our new blog series, each Tuesday we’ll be spotlighting a place, route, natural occurrence or landmark around the UK. This week, since the Tour De France is dominating the outdoor headlines, we’ve decided to go back to one of the most iconic hill climbs from last years race. Holme Moss.

Holme Moss might not be a name that stands out to you if you’re not an avid cyclist If you think back to some of the most epic sights and imagery from last years Tour De France while it was in Britain, a lot of them were probably taken around the Holme Moss climb. Huge crowds, tired riders, stunning scenery, the stage 2 section had it all.

[Please note: we would not advise grabbing the cyclists while filming or getting in the way of the race]

Holme Moss is an area in the South Pennines bordering the High Peak area of Derbyshire and the Kirkless area of West Yorkshire. While the area does hold some fell races through the year, it is perhaps most synonymous with it’s cycling history. Holme Moss is known as one of the most challenging cycle climbs in England and has been a frequent feature in cycling events since the 1950s.

Heading north from a starting point of Holmfirth, the route may only be 7km long, but will ascend by over 1000 feet. Starting from the south offers a little less of an ascent at just over 800 feet. It’s easy to see why cyclists are always looking to try and beat their best teams across the route.

According to the Tour De Yorkshire website, one of the strangest aspects of Holme Firth is that over the last 60 years the best times for cycling the route haven’t really changed. UK cycling legend Brian Robinson posted a 6 minute 30 climb in 1952, while a recent attempt by Mike Cuming from Team Raleigh a time of 6 minutes 27 was recorded.

Have you ever tackled Holme Moss? Were you there for the Tour De France or Tour De Yorkshire events? let us know in the comments below. 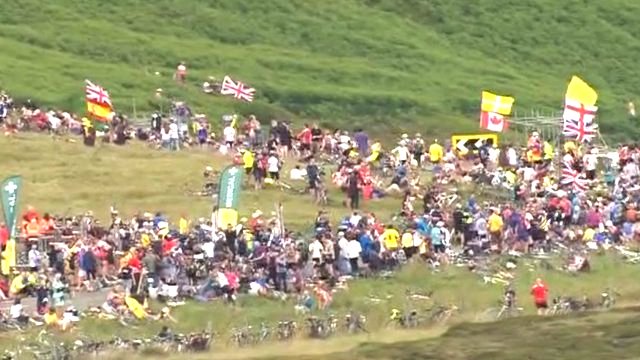