Two store managers recently competed in the Saunders Lakeland Mountain Marathon, Simon (Manchester) and John (Wigan) took part in the event which requires you to navigate over a course in the Lake District  for a weekend.  They finished 60th out of 110 in their class and have reviewed some of the kit that they used: 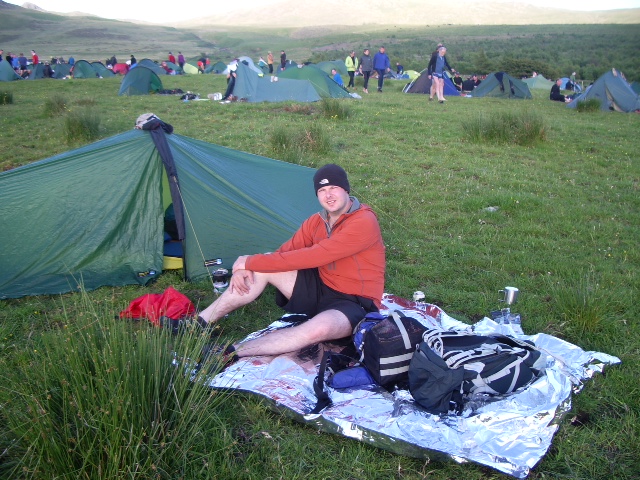 John the Wigan store manager at the overnight camp

Simon said: “Although it wasn’t the lightest stove to take with us it’s practicality more than makes up for any excess weight.  A stove and pot all in one with room to store a gas cartridge inside, the Jetboil boils up very quickly with it’s super efficient heat exchange mechanism and is pretty compact in the pack.  Both me and John have a Jetboil and absolutely love it.”

They also tried a new product to GO this year, Brewers Cup coffee, filtered coffee in a really clever, lightweight bag for a little bit of luxury after a hard day’s work.  There is a smaller, lighter version called the Jetboil Zip for the weight conscious adventurers.

Simon said: “A super lightweight backpacking/adventure tent which fitted nicely into my Osprey Talon 33 pack and weighed only 1.2kg, it was a cosy fit for the two of us but ideal for the one night as it was such a compact size and very lightweight.  A single pole construction and silicone flysheet with enough space between the inner/outer to store our packs and shoes.”

Simon used a pair of Salomon Trail shoes and John bought a new pair of the Salomon Speedcross 3 shoes, the ideal choice for such an event.  With a sole unit perfect for mud and loose terrain and a really stable midsole John stayed on his feet throughout, Simon however had a few tumbles on the downhills!  He says that the Speedcross are now on his shopping list!