PEDESTRIANS BICYCLES AND CARS CROWD A BRIDGE INTO VANCOUVER 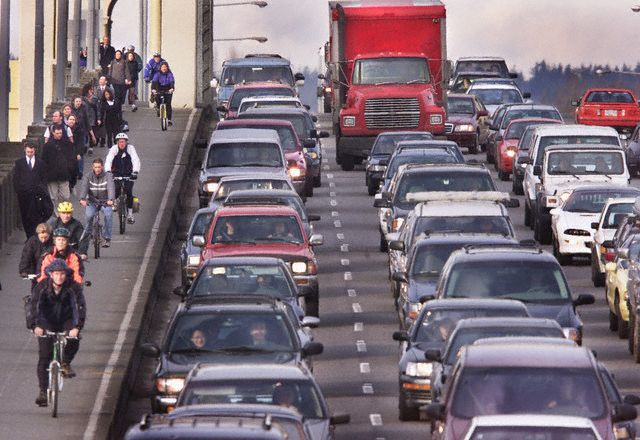 Pedestrians, bicycles and cars crowd a bridge into downtown Vancouver April 2, 2001. Unionized transit works in Canada’s third largest city walked off the job April 1 in a dispute over wages and contracting out of jobs to non-union companies. The strike forced thousands of commuters to find alternative ways to get to work. REUTERS/John Lehmann — Image by © Reuters/CORBIS