World Heritage Sites to Visit in the UK 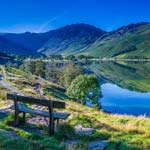 2017 saw the addition of the Lake District to the list of UNESCO World Heritage Sites, the first UK National Park to receive the honour and the 31st location associated to the United Kingdom. We’ve picked out the ones that you can visit in England/Wales/Scotland/Northern Ireland, If you’re looking for fantastic day trips in the UK, then it’s worth checking out some of these places:

What IS a UNESCO World Heritage Site?

“World Heritage Sites are areas of Outstanding Universal Value meaning that their cultural or natural heritage is so exceptional as to transcend national boundaries and is of common importance for present and future generations of all humanity.”– UNESCO.org.uk

These sites are recognised by the United Nations to have importance in the world and are protected by international treaties. They belong to all the people of the world regardless of location and are therefore intended to promote peace and cultural understanding. There are over 1000 heritage sites in the world. 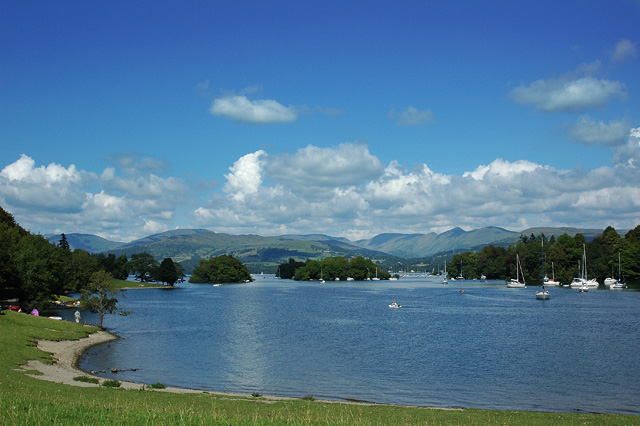 The newest addition to the UK UNESCO sites, and the first National Park to receive such an honour. The Lake District is a truly stunning area of the UK and offers something for everyone. Home to England’s highest peak Scafell Pike, as well as the deepest lake. Whether you want a romantic break, or an action packed adventure holiday, you’ll find it all in the Lakes District.

The history of iron and coal production in Wales put the country at the forefront of the industry in the 19th century. This site focuses on how this industry shaped areas of Wales. In the are are quarries, railways and workers housing. 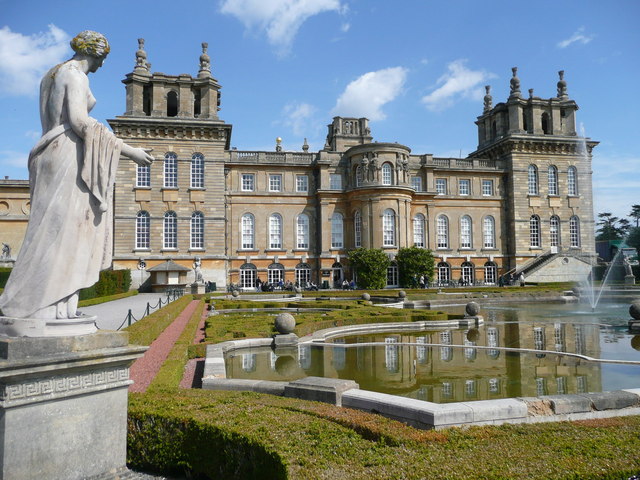 The home of the Duke and Duchess of Marlborough, Blenheim Palace can be found in Woodstock, Oxfordshire. This huge and beautiful country house is the only non-royal residence in England to hold the title of palace. The park grounds around the palace were originally designed by ‘England’s greatest Gardener’ Capability Brown. 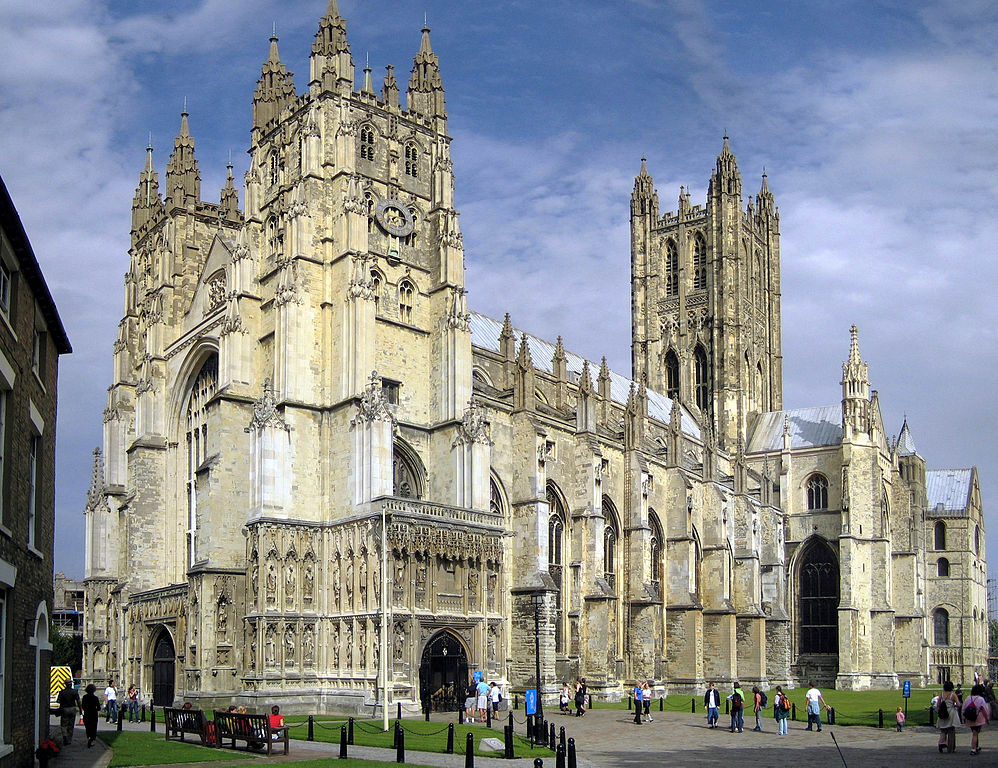 St Martin’s Church is the oldest church in England, and along with St Augustine’s Abbey played a large part in the introduction of Christianity to the Anglo Saxons. Canterbury Cathedral offer stunning Romanesque and Gothic architecture, while also serving as the Head of the Church of England’s seat. Canterbury Cathedral is a truly unique building and boasts the largest collection of early stained glass windows in the UK. 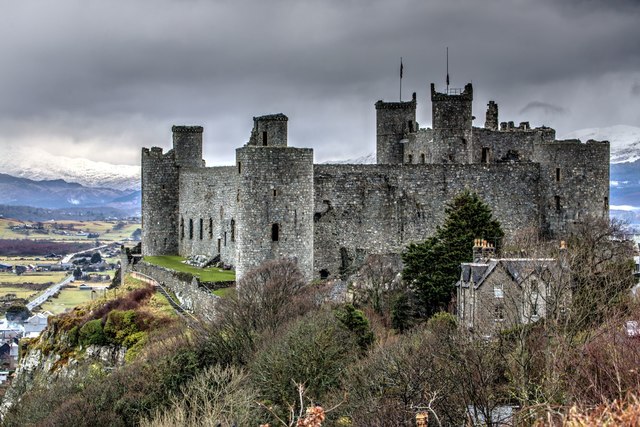 This site features the 4 castles in the area including: Baeumaris, Conwy, Caernarfon and Harlech, as well as the town walls o Conwy and Caernarfon. This area was given World Heritage site acclaim due to UNESCO considering them to be the finest example of  13th and 14th century military architecture in all of Europe. These castles are hugely popular with tourists and make for an interesting day out to discover a slice of the past.

The City of Bath, Somerset, England 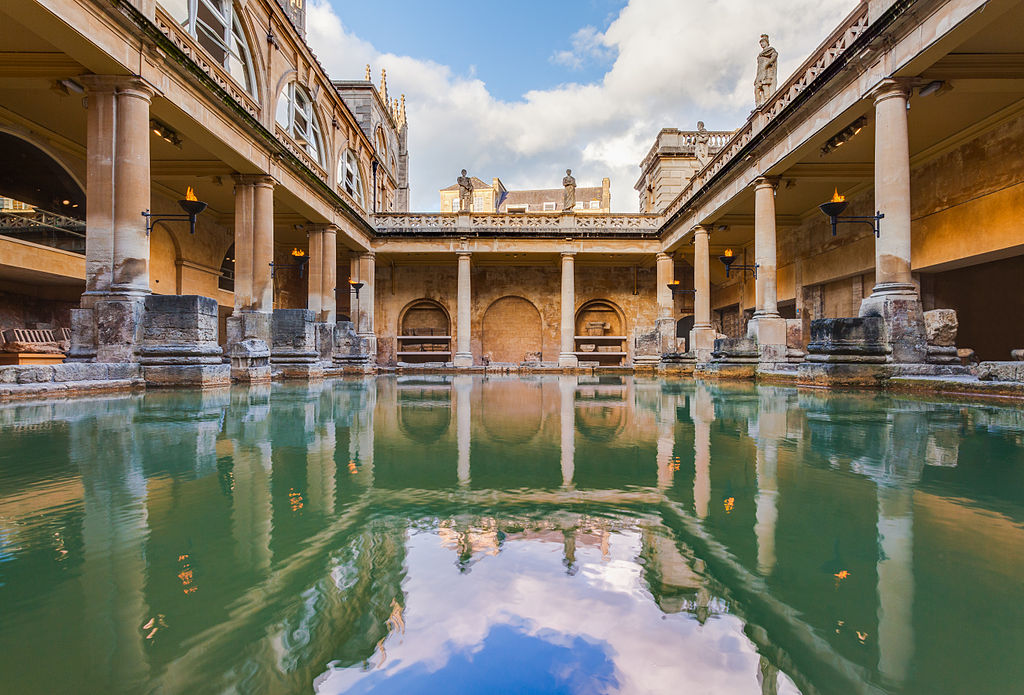 With such a varied history Bath is well worth discovering. It’s history as a Roman spa is the reason it is being preserved as a world heritage site, and when you visit it’s easy to see why when you can explore Roman architecture and remains. 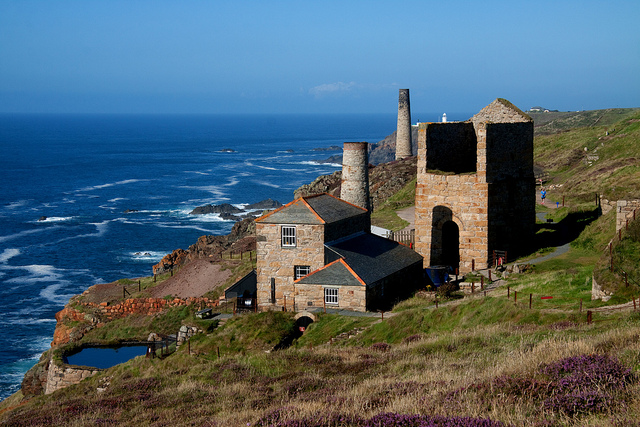 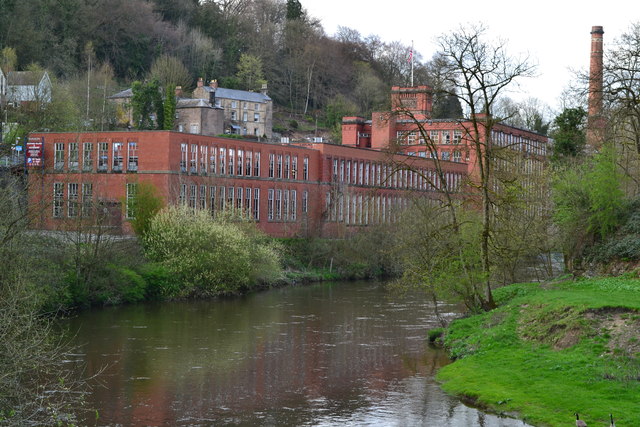 The Derwent Valley was a hotbed of these new types of mill or factory in the 18th century, incorporating machinery to spin cotton with the river Derwent being used to transport the goods. While these mills were hugely important in the Industrial Revolution, they also influenced North America and Europe in a factory system. 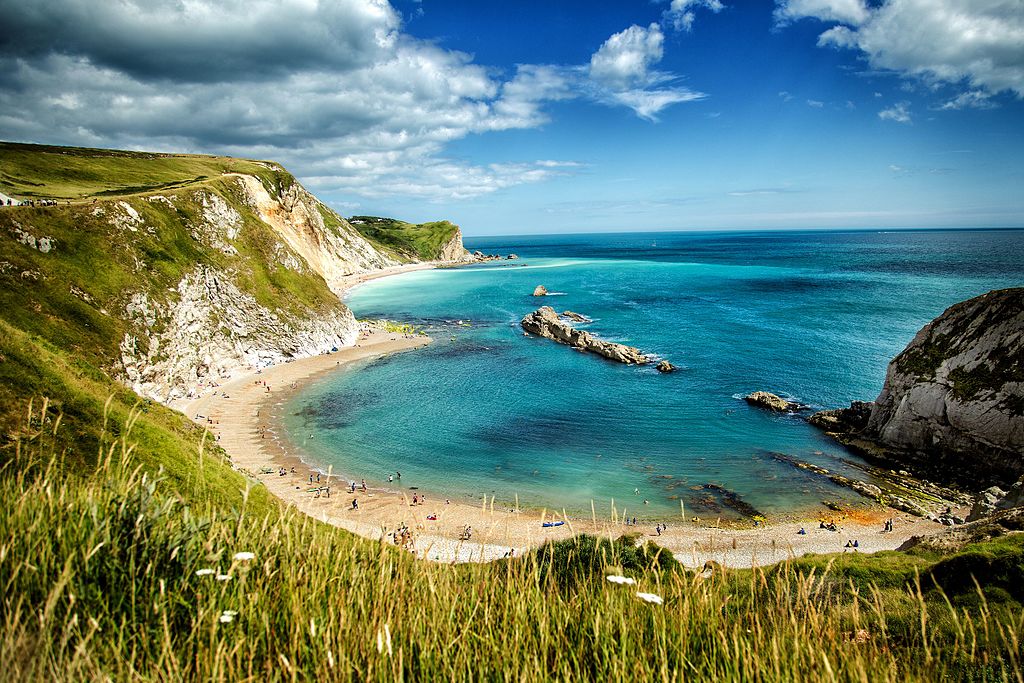 Also known as the Jurassic Coast, the cliffs along the Dorset and Devon coast aren’t just stunning, they’re an incredibly important site for fossils, providing a 185 million year record of life on land and sea in this area. 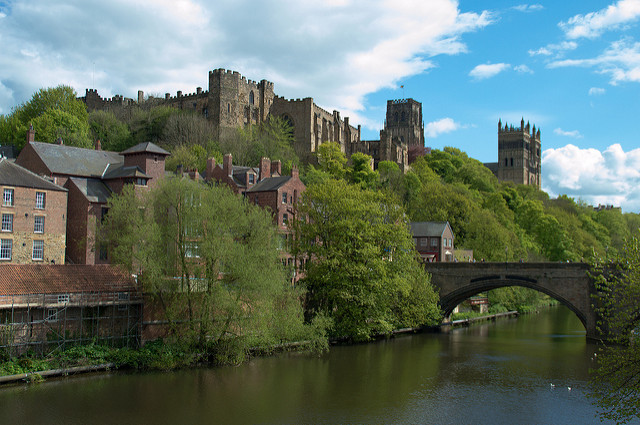 The castle and cathedral in Durham were given Heritage Site status for being ‘the largest and finest’ examples of Norman architecture. Durham Cathedral is said to be the advent of Gothic Architecture. The cathedral also plays host to the Shrine of St Cuthbert. 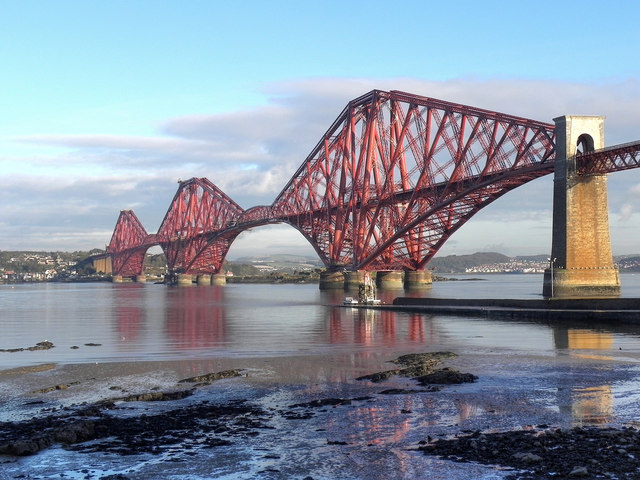 Voted Scotland’s greatest man-made wonder in 2016, the Forth Bridge is a cantilever rail bridge over the Firth of Forth. When it was built it was the longest single cantilever bridge span in the world, it may have been pipped a few years later, but it remains the 2nd longest to this day. The Forth Bridge is an iconic structure and is considered one of the symbols of Scotland.

Frontiers of the Roman Empire, England/Scotland 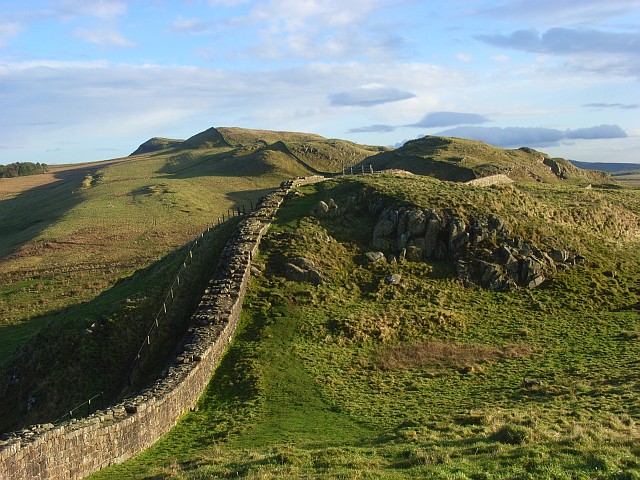 While Hadrian’s Wall is the main feature of this site, it was updated from just being Hadrian’s Wall tom also include the Antonine Wall in Scotland. The walls were erected to protect the Roman Empire from ‘barbarians’, both were constructed within 20 years of each other. 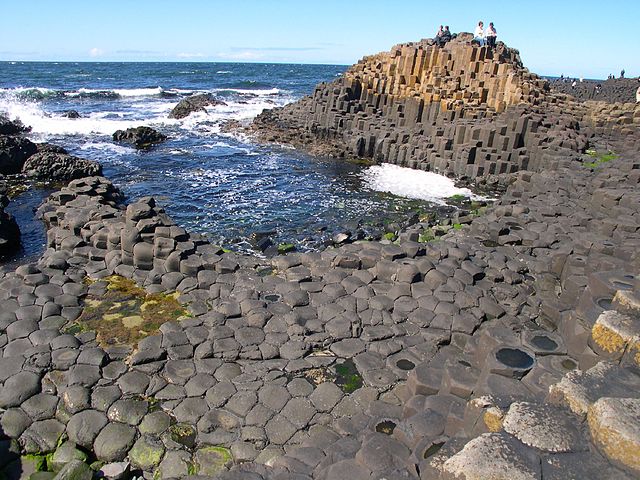 The Giant’s Causeway is made up of tens of thousands of basalt columns projecting from the sea, created by volcanic activity, however we’d recommend visiting and finding out the legend behind the Giant’s Causeway as it’s a much more exciting story! The area is also a nature reserve. 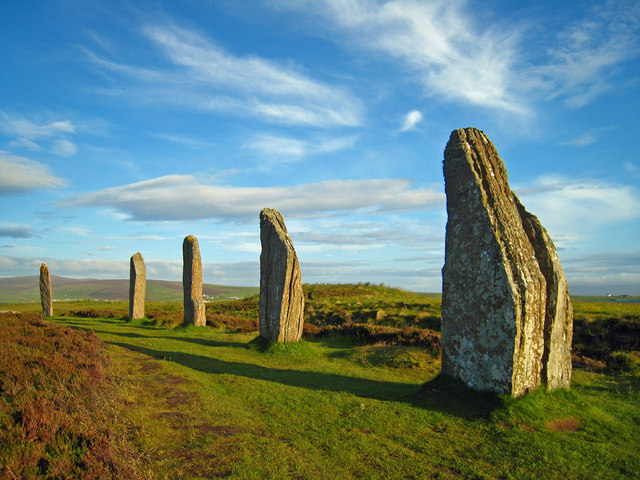 Orkney is home to a number of neolithic sites of significant importance. The sites include: Maeshowe – a unique chambered cairn and passage grave, aligned so that its central chamber is illuminated on the winter solstice. Looted by Vikings who left one of the largest collections of runic inscriptions in the world, Standing Stones of Stenness – the four remaining megaliths of a henge, Ring of Brodgar – a stone circle 104 metres in diameter, originally composed of 60 stones set within a circular ditch up to 3 metres deep and 10 metres wide, forming a henge monument and Skara Brae – a cluster of eight houses making up Northern Europe’s best-preserved Neolithic village. 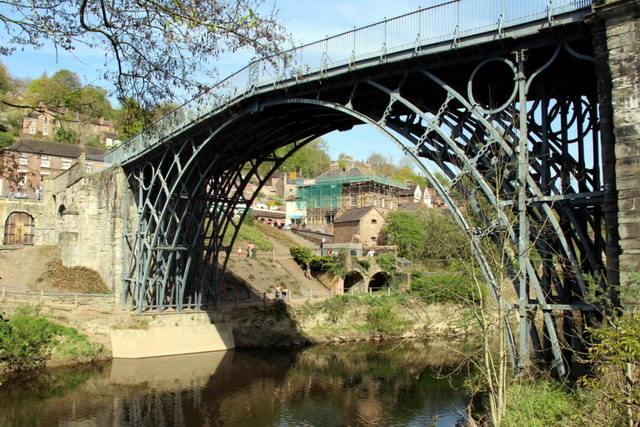 The site features mines, factories, infrastructure and workers housing that were all significant at the start of the Industrial Revolution. The iron bridge that crosses the River Severn was the first bridge to be made from iron and was influential in both technology and architecture. 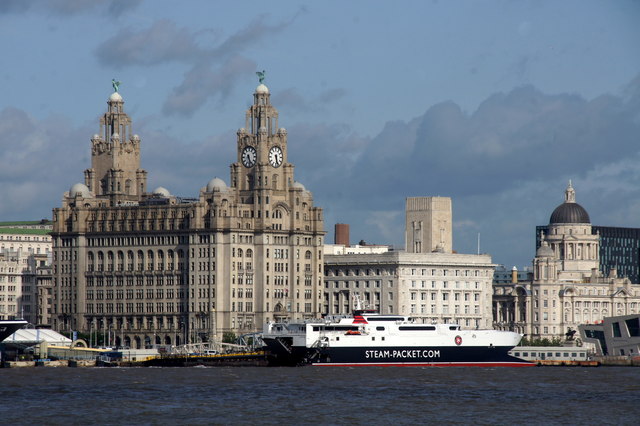 One of the largest and busiest ports in the world during the 18th and 19th century, Liverpool brought on innovations in construction and dock management. The heritage site comprises of 6 locations in Liverpool, including: Albert Dock, The Pier Head, Stanley Dock Conservation Area, Duke Street, The Commercial Quarter, and the Culture Quarter. 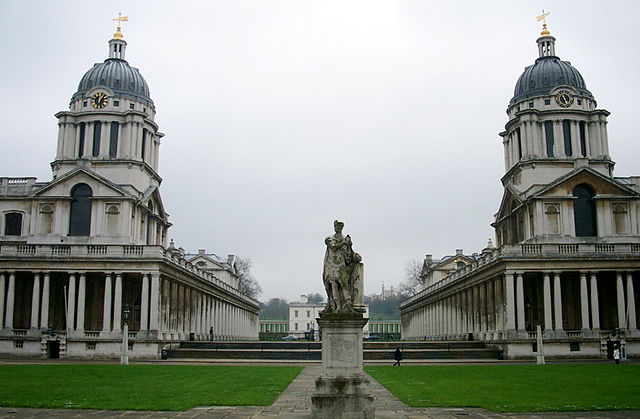 Greenwhich received World Heritage site status due to the concentration and quality of the buildings in the area. Some of the first examples of Palladian architecture can be found in the area, along with works from the likes of Christoper Wren and Inigo Jones. Another point of significance in the area is the Royal Observatory where an understanding of astronomy among other things were developed. The site can  be divided into groups of buildings along the river front, Greenwhich park along with the Victorian and Georgian town centre. 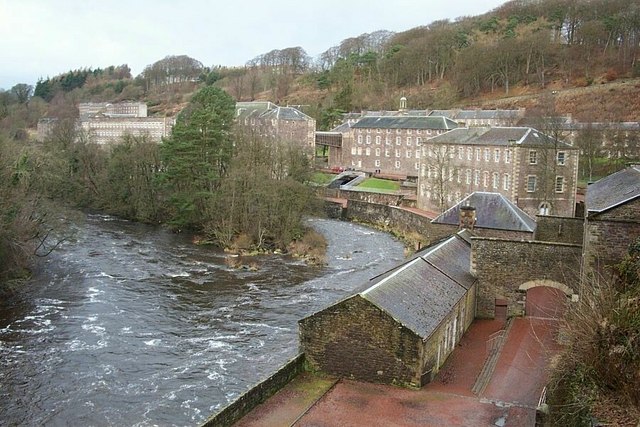 New Lanark is a small village on the River Clyde. Cotton mills and workers housing were built here under the blueprint of the Arkwright Mills that were found in the Derwent Valley. Philanthropist Robert Owen became one of the owners and turned the area into a model community, providing education and public facilities to the workers and families. The area was a great example of utopian socialism and planned settlement which later influenced urban planning. 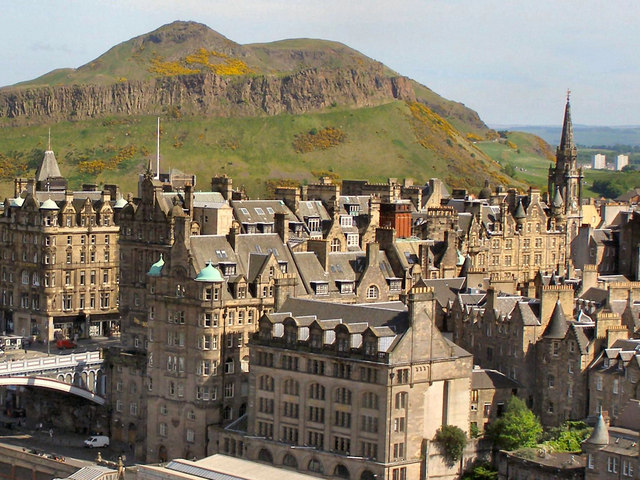 Two contrasting sides of Edinburgh show how different settlements were built, with the old town coming from the medieval era and the new town developed in 1767 onward. As well as the fine example of contrast, the architecture and layout of Edinburgh’s new town helped to influence European urban planning in the 18th century. 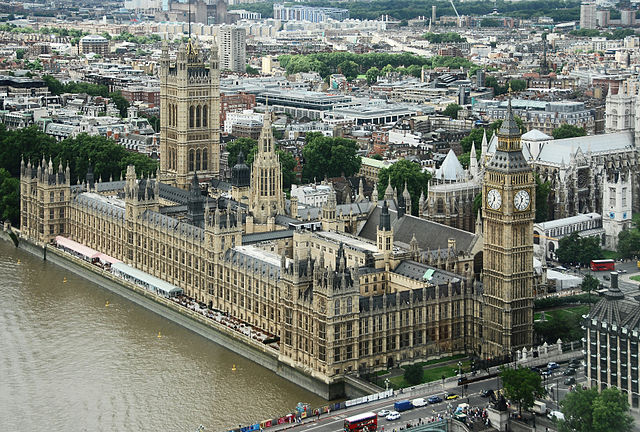 A major part of English administration since the 11th century, since the coronation of William the Conqueror, all English and British Kings and Queens have been crowned in Westminster Abbey. Westminster Palace is a fine example of Gothic Architectural revival and plays host to the British Parliament and largely recognised as one of, if not the most iconic building in England. 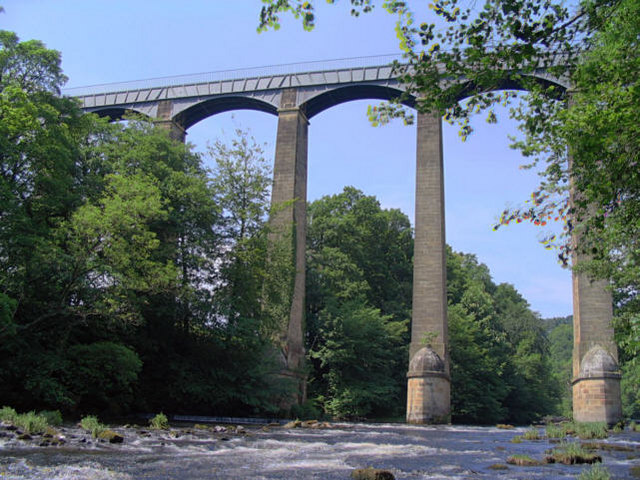 Pontcysyllte Aqueduct carries the Ellesmere canal over the Dee valley and took over 10 years to design and build. Using cast and wrought iron technology during the Industrial Revolution, the aqueduct is considered the longest in Great Britain and the highest in the world. It is said to be an influence on civil engineering throughout the world when it was built. 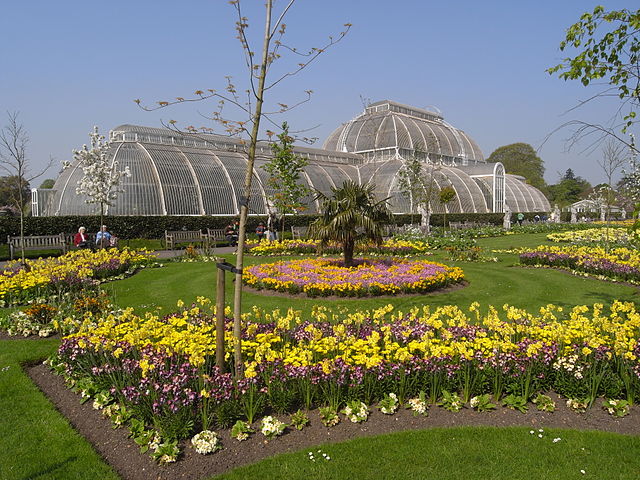 Kew Gardens were created in 1759 and were initially designed by Capability Brown, Charles Bridgeman, William Kent and William Chambers. The gardens became important in the study of botany and ecology and furthering understanding in the field. 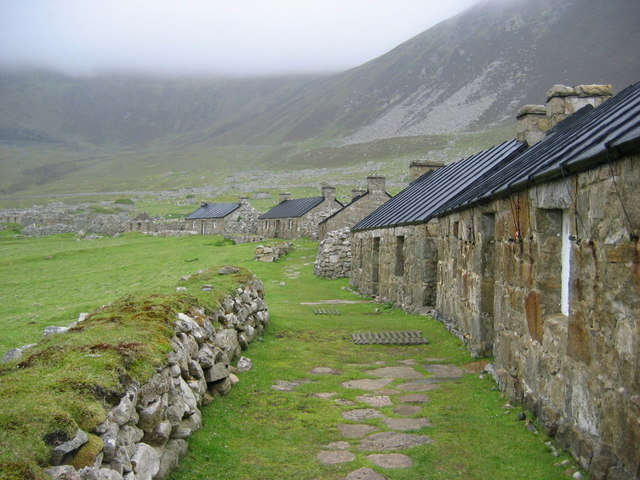 An isolated archipelago off the coast of Scotland, St Kilda was inhabited for over 2000 years, but nobody has lived there since the 1930s. The remains of the architecture still sits on the island making it of historic importance. St Kilda these days is as a breeding ground for many seabird species including the largest colony of gannets in the world. 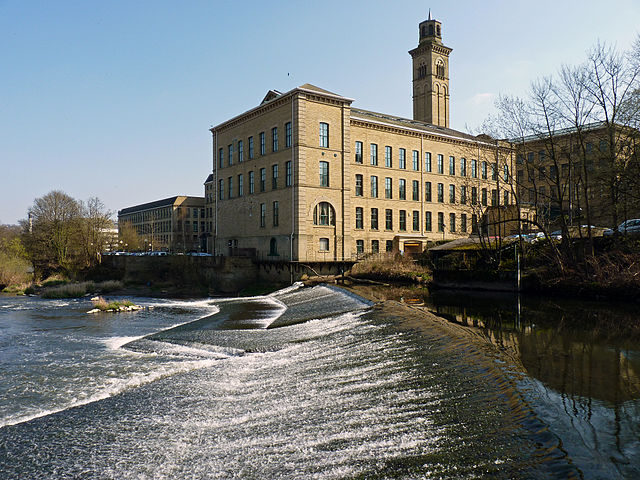 Mill Owner Titus Salt created the village of Saltaire for his mill workers. The Victorian model village includes Salts Mill, as well as public use buildings for the workers. An example of 19th century paternalism. 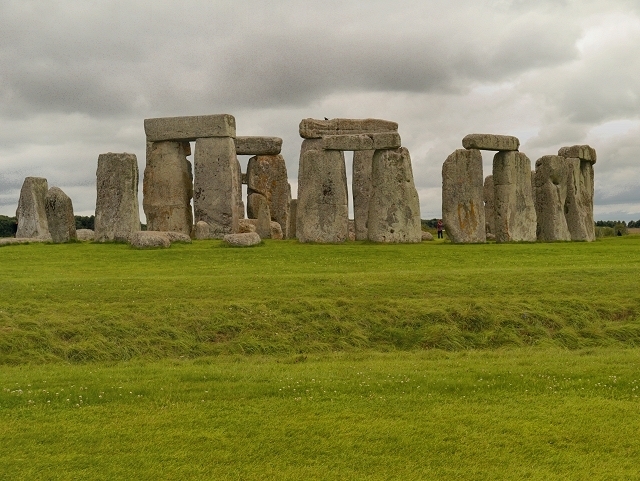 These neolithic areas are almost 30 miles apart, but were co-listed for World Heritage status in 1986 and  as well as a number of small archaeologically important locations feature a number of popular monuments. Some of these monuments include: Stonehenge, Avebury Henge, Silbury Hill, Windmill Hill, Woodhenge and more. 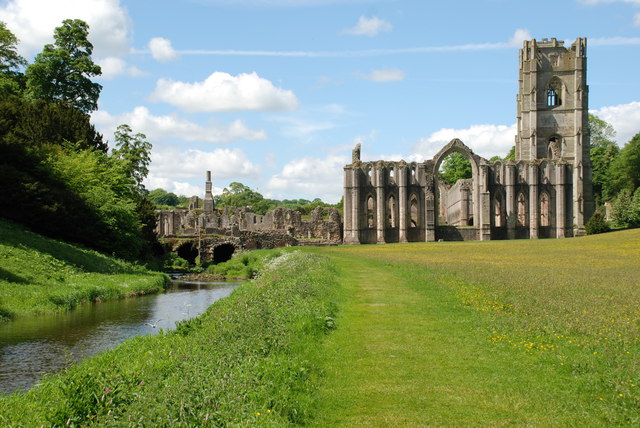 This site is 800 acres of history including the lush 18th century gardens of Studley Royal Park, the remains of Fountains Abbey, some of the largest Cistercian ruins in Europe, a Jacobean mansion and a Victoria Church. The surrounding gardens were built around the ruins of the abbey due to it’s significant importance. 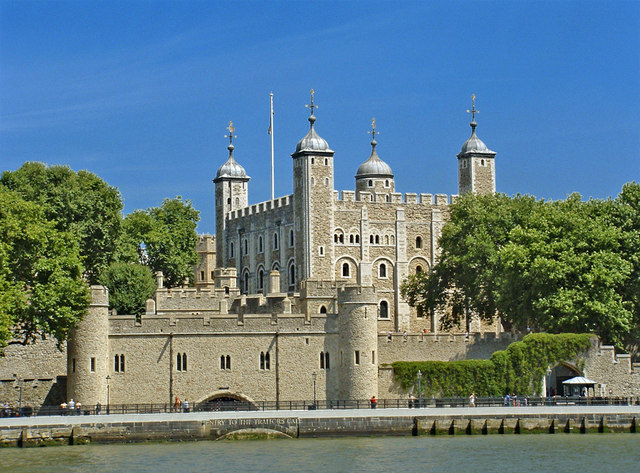 Started by William The Conqueror, the Tower of London stands as a symbol of power and example of military architecture which spread across the nation in the norman times. The original white tower was later added to by Richard the Lionheart, Henry III and Edward I making it one of the most influential buildings in the UK. The castle has been used as royal residence and even a prison.

Other World Heritage Sites associated to the UK

You may have noticed this list doesn’t quite add up to the 31 sites promised in the introduction, and that is because a number of World Heritage Sites associated to the UK, aren’t within England, Scotland, Wales or Northern Ireland. Other sites include:

These sites aren’t exactly as easy to reach on a day trip, but if you’re heading to Bermuda for the day, let us know because we’d like to come aswell!

How many of the World Heritage Sites associated to the UK have you visited? Let us know in the comments below.